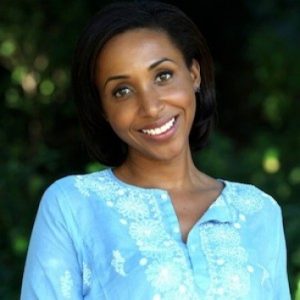 Lisa Armstrong, who has served with distinction as a Craft, Narrative, and International Reporting professor since she started working at the CUNY J-School eight years ago, has been appointed to the full-time faculty as an associate professor, effective in the Fall 2017 semester.

Armstrong has participated on the admissions, diversity, and capstone committees and has helped the outcomes committee with its annual evaluation of student portfolios. For the past two summers, she has also been a lead instructor in the Knight Diversity program.

Before joining CUNY, she taught for two years in New York University’s journalism program. She earned her B.A. in Environmental Architecture from the University of Maryland, where she went on to get an M.A. in Urban Planning. She also has an M.A. in Journalism from NYU.

Armstrong’s professional career spans multiple topics and media formats. She has produced stories for The New York Times, The Atlantic, The Intercept and The Daily Beast, among others, and has reported from countries such as Sierra Leone, Liberia, the Philippines, and Haiti.

She is currently reporting on juvenile incarceration issues, including collaborating with a violinist/composer on a multimedia piece in which the musical score will be performed live as the film is screened.

She has received grants in support of her work from The Nation Institute’s Investigative Fund, the Pulitzer Center on Crisis Reporting and The Carter Center. She has also won numerous awards for her work, including a Webby and a National Press Club award.

In January 2017, she was named a FIJ Schuster Institute Social Justice Investigative Reporting Fellow, a program based at Brandeis University.

The program has helped place 90 Class of 2020 students in more than 60 news outlets this summer.

It's the first time a McGraw project was published in both English and Spanish.